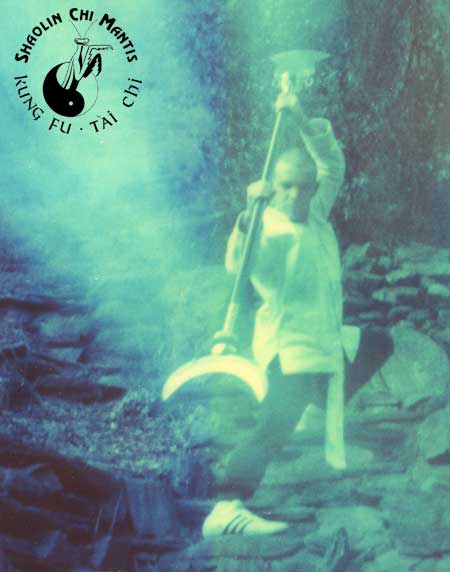 Northern Shaolin is also referred to as “Long Fist” because of the jumping and large circular movements. Due to the RELAXED NATURE, this is sometimes referred to as, “SOFT STYLE,” Kung Fu.

Southern Styles usually have absolutely no connection to the Northern Shaolin Style or any Shaolin Temple. Although I do qualify that because I’ve heard legends that there were up to 300 Shaolin Temples. I wonder if they went from one temple per region to 100 temples per region because of protestors hiding, and civilians wanting to learn self-defense. 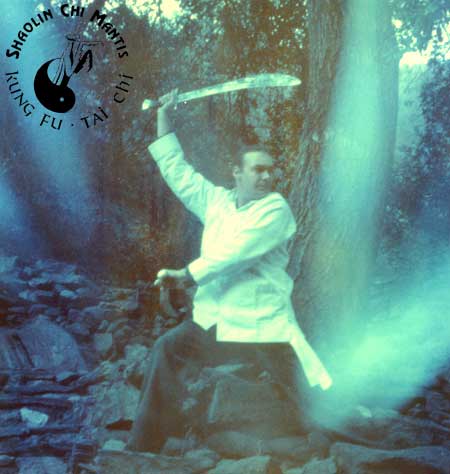 That could be why the Original Shaolin Temple on Mt. Songshan and the few other large Buddhist monasteries were destroyed and burned. Perhaps the Shaolin Temples were mostly non-political. But they may have become the role model… so the original writings of Bodhidharma were burned about 1773 in Northern China.

This is the first difference besides geography. The Original Shaolin Temple is the Original Birthplace of Zen Buddhism by the guy who also started Shaolin Kung Fu. So the NORTHERN Shaolin style is devoted Buddhist disciples of their Patriarch and founder of Zen Buddhism, Bodhidharma. The Chinese refer to him as, “Da Mo.”

The second difference is the origins of the styles. NORTHERN Shaolin has the Kalaripayattu style as its foundation. Atop that was added the Chinese Muslin style of “Long Fist.” Some of the families are given credit as they should be when these Forms are passed down to students and disciples. 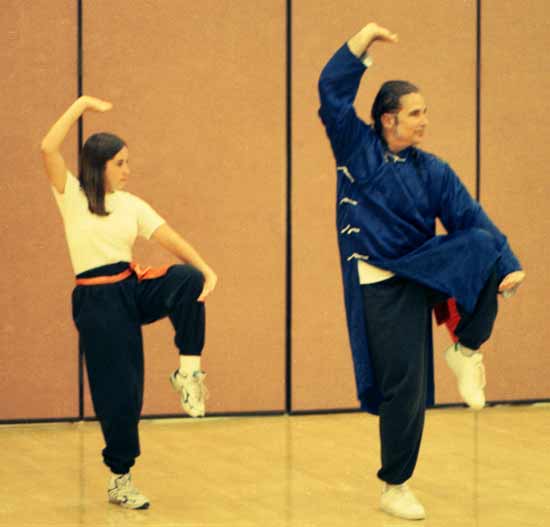 The Southern Kung Fu styles are an interesting variety of Chinese martial arts styles evolving in proximity but striving for uniqueness. The increased intensity and hostility of the Southern Styles makes them more suitable for Hong Kong movies… so most Americans are more familiar with the SOUTHERN Kung Fu styles. Southern Style is also referred to as, ,”HARD STYLE” Kung Fu.

Shaolin Kung Fu has very powerful moves and jabs and punches and snappy kicks…. but overall it relies on complete relaxation as much of the time as possible. I was shooting a movie trailer for the Kung Fu Cowboy movie and I had some dramatic punches with grimaces on my face. One of my Tai Mantis School Brothers saw the pictures of me straining like Bruce Lee. We were at a lunch with some other movie people and one of the movie stilll photos got passed around. When my school brother looked at it he said, “That’s not Shaolin.”

I explained how I was considering using primarily the 12 Tantui in the first Kung Fu Cowboy movie since that’s the Beginner Level of Shaolin Kung Fu. He shook his head sideways…

My school brother was considering being a trainer for the movie. I recommended him because he came from the same Shaolin Kung Fu lineage as me. I had explained that I wanted to represent Shaolin Kung Fu so Americans could see and know what it is. There hasn’t been a good Shaolin Kung Fu this century made in America. (Check out Shaolin Soccer.)

So my school brother was the only one sitting at the restaurant table in Studio City, California who understood what I was trying to accomplish with my movie Kung Fu style.

Although my Sihing (Chinese for “older school brother”) was shaking his head side to side and pointing to a black and white 8×10 photo of me swinging a Fender Stratocaster over my head to kill a huge master scorpion. Although my Kung Fu form may have been good for smashing an insect with a guitar–my expression was a grimace. I looked like I was straining.

When my Sihing said again, “Not Shaolin,” I now understood that he meant: SHAOLIN DOESN”T GRIMACE.

So that’s SOFT STYLE. (No grimacing.)

INTERNAL energy is all the electricity, magnetism, life force, and Chi or “Qi” that moves within us.

EXTERNAL energy is all the physical movements we do with our “external” body.

So INTERNAL is electrical and EXTERNAL is physical.

Sometimes Qigong breathing exercises were an easy way to create a connection to Shaolin Kung Fu. Since Shaolin Kung Fu was created by Bodhidharma, and Bodhidharma was famous for meditating for long periods of time… this legend promoted more internal energy focus in Chinese martial arts and the softer Buddhist flavor of non-violence.

Both Northern and Southern Kung Fu are known for their EXTERNAL Kung Fu. Less known in America is their fame in INTERNAL Kung Fu. They share about 50% of the same Qigong and then they go different directions. The Southern style were looking for immediate power and usable strength for right now. The Northern style was seeking long term power and long term strength with a focus on Buddhism rather thanmo violence. The Southern Style Kung Fu was taught to Chinese Buddhists, but the Kung Fu had no Buddhism attached to it.

SPECIAL NOTE: That’s where my school, Shaolin Chi Mantis, seeks to be very different. All weekly classes include Buddhism, Taoism, Confucianism, and positive thinking to create the peace of mind and contentment we live each day. There are 350 class videos in the SCM BEGINNER PROGRAM. That’s a lot of wisdom.

I will add some photos and more info later I hope.